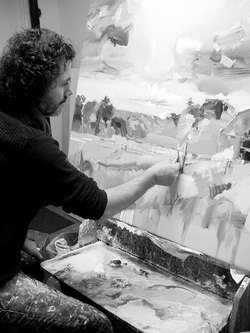 Josef Kote
The paintings of J. Kote are symphonies of light and color. They are lyrically stunning and romantic, edgy and current. Kote achieves this delicate balance of seemingly contradictory qualities through his complete mastery in technique, and through years of experimenting to find his own unique style.  With the lightness of a true master’s hand he combines classic academic and abstract elements, fusing these, literally letting them run into each other with dripping rivulets of riveting colors and light.

Kote’s trade marks are his bold brush work and sweeping strokes of vibrant colors applied - more often than not - with a pallet knife, while other areas of the canvas are left monochromatic and devoid of detail creating a negative space that lets the eye drift to infinity. The results are paintings that tremble in stillness with energy and light.

Influenced by many places where he lived, Albanian born artist J.Kote began his journey towards artistic self-discovery in his youth and never looked back.

From very young age he was endlessly drawing and had the innate urge to create. By the age of 13 he had made up his mind to become an artist and devote his life to the arts. He focused on getting accepted into the finest art high school of his native Albania. Ultimately, after competing locally and nationally, he was awarded a coveted spot at ‘’National Lyceum of Arts’’ in Tirana.

In 1984 Kote followed this amazing feat by being accepted into the  ‘’Academy of Fine Arts’’ of Tirana, where J.K was educated in the traditional approach of the old masters.  Yet even as a student he wanted to brake loose of the limitations, he wanted to experiment and grow, sometimes leave paintings seemingly unfinished, shatter the boundaries of classic realism.  While still in school Kote also worked at a movie studio, and made a small but well received animation film Lisi.

In 1988 Kote graduated with a diploma in painting and scenography.  The years of practice and his 8 year solid art education had prepared the young artist well to pursue his life’s quest of living and breathing art.  It had set him on his lifelong journey to find his own unique style and language, to create stupendous paintings pulsating with the light and energy that he sees all around him.

Kote began his professional career as a scenographer at the Petro Marko Theatre in Vlore, but in late 90-s the 26 year old artist grew restless and decided to debark to Greece, where the warmth of the Mediterranean sun and brilliant light infused his paintings in tone and style and lent them a more impressionistic air.

Highly respected, the young artist did well and received many important commissions, including in 1998 The Meeting of the Leaders for the Hellenic Cultural Union in Thessaloniki which depicted the Assembly of the Founders of Modern Greece, and a portrait in 2000 of the former president of Greece, Konstantinos Stephanopoulos, for the Greek community in Toronto.

After a very successful 10 years in Greece, Kote was weary to rest on his laurels, and he moved to Toronto.  Already renowned for his beautiful portraits and scenic paintings, Kote now garnered additional kudos for his gorgeous urban scapes, and snow scenes.  His color and style moved away from the impressionistic influence toward a more expressionistic feel.  The paintings from this period, many of them masterpieces, are a clear indication of the continual development of Kote’s style and his fluidity and growth as an artist.  Thanks to a host of avid collectors worldwide Kote saw his dream and years of labor come to fruition.  Achieving this goal, however, only made him strive for higher ones.

Like a rolling stone Kote moved to New York, The Big Apple, in 2009.  Here his paintings and style morphed again.  The colors grew bolder and his style became so unique that it cannot be ascribed to an existing genre.  This highly prolific painter, who works on his craft almost daily and long hours, is never satisfied, always seeking, always experimenting, and always growing.

Only the future will reveal the great heights his art will ascend.  Certainly one thing holds true for all of Kote’s master works: they capture shimmering moments in time and space and are filled with light, energy and love for whatever subject he chooses to portray. 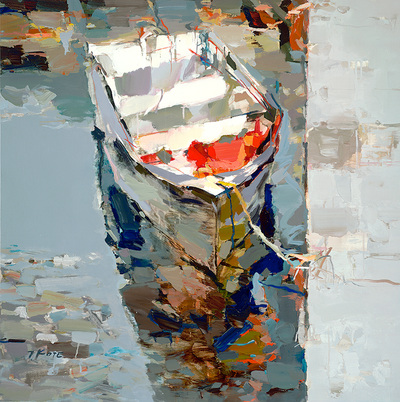 "Off The Mist" 36x36 Embellished Limited Edition of 75 on Canvas 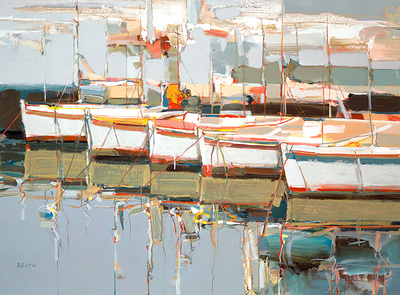 "All Together" 36x48 Embellished Limited Edition of 75 on Canvas 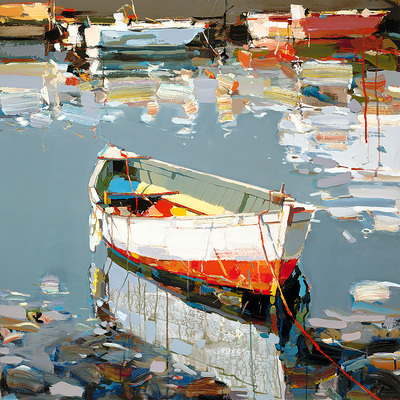 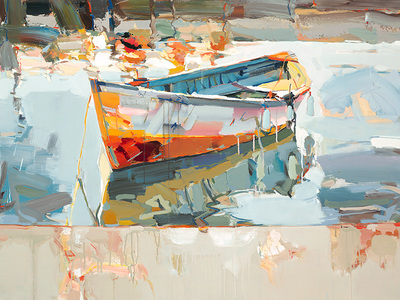 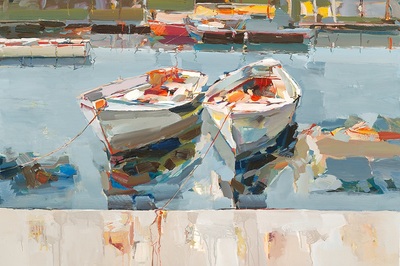 "Resting in Water" 20x30 Embellished Limited Edition of 75 on Canvas 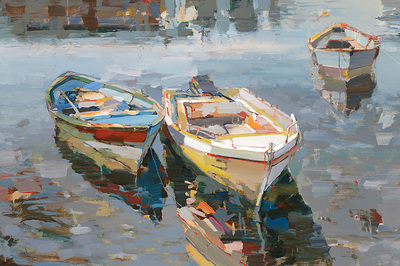 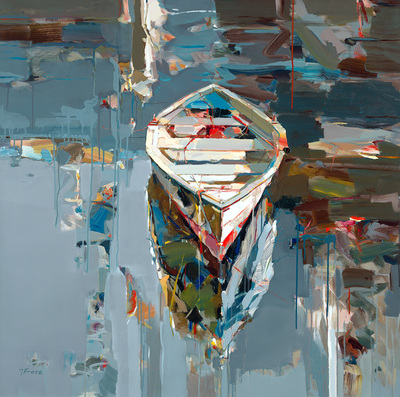 "Moment of Solitude" 50x50 Embellished Limited Edition of 50 on Canvas 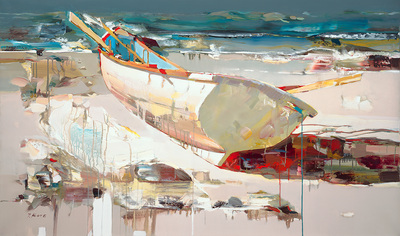 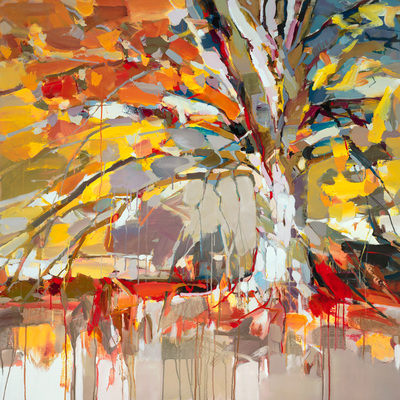 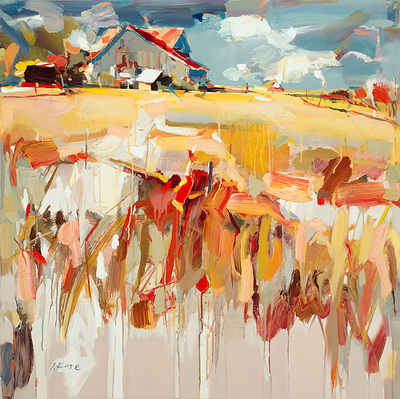 "The Old Barn" 40x40 Embellished Limited Edition of 75 on Canvas 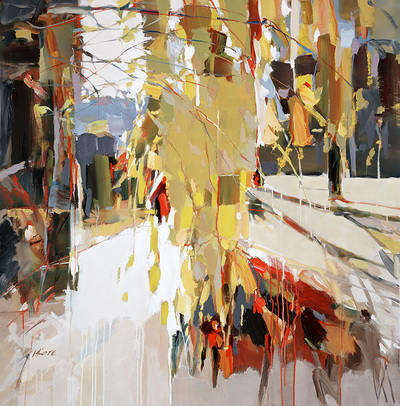 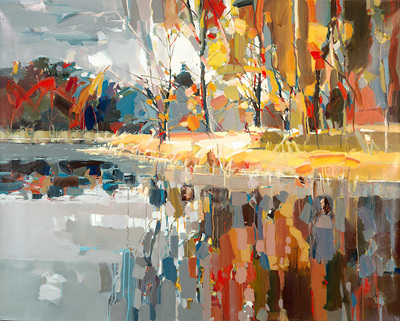 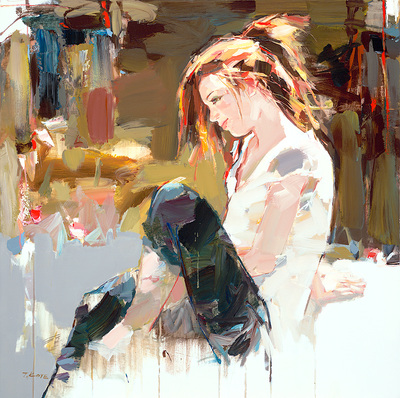 "Touched by Love" 36x36 Embellished Limited Edition of 75 on Canvas 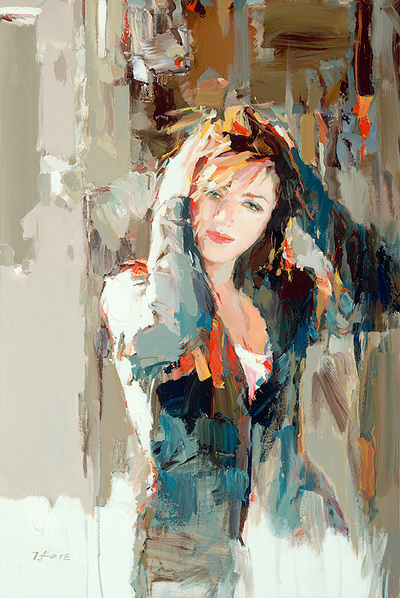 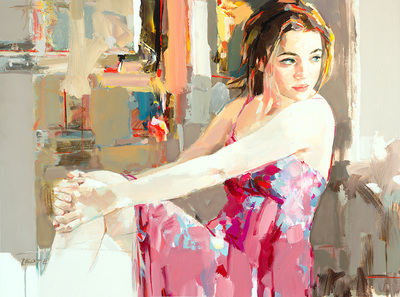 "The Promise" 36x48 Embellished Limited Edition of 25 on Canvas 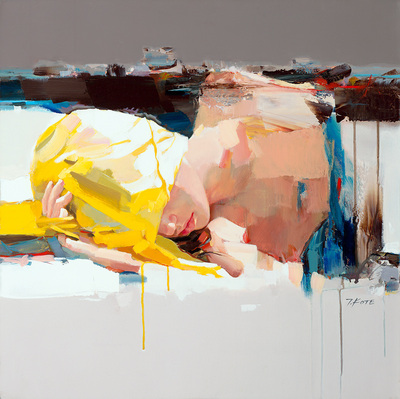