Leroy Neiman
Leroy Neiman was best known for his brilliantly colored, stunningly energetic images of sporting events and leisure activities. The artistic style of the fabulously successful Neiman is familiar to a remarkably broad spectrum of Americans --"rich and poor, black and white, urban and rural, educated and illiterate," and young and old alike. He was the official artist at five Olympiads. Millions of people have watched him at work: on ABC TV coverage of the Olympics,as CBS Superbowl computer artist, and at other major competitions, televised on location with his sketchbook and drawing materials, producing split-second records and highly developed images of what he is witnessing. "Before the camera, such reportage of history and the passing scene was one of the most important functions of painters and draftsmen of all sorts. Mr. Neiman has revived an almost lost and time-honored art form," Carl J. Weinhardt observed in the catalog for the exhibition of Neiman's 1972 Olympics sketches, which was mounted that year by the Indianapolis Museum of Art. In the Christian Science Monitor (May 2, 1972), Nick Seitz wrote that Neiman, who has been labeled an American Impressionist, "has the journalistic talent, as well as the artistic ability, to convey the essence of a game or contestant with great impact, from the Kentucky Derby to Wilt Chamberlain, from the America's Cup to Muhammad Ali, from the Super Bowl to Bobby Hull."

As a portraitist, Neiman does not attempt to delve much beyond the surface. "When I paint, I seriously consider the public presence of a person--the surface facade," he wrote in Art and Life Style. "I am less concerned with how people look when they wake up or how they act at home. A person's public presence reflects his own efforts at image development." In adopting that approach, Neiman has been praised for capturing both the essentials and the idiosyncratic characteristics of his subjects. Among hundreds of other famous people, he has painted the boxer Muhammad Ali (many times over a span of 15 years, beginning in 1964); the conductor Leonard Bernstein; the dancer Suzanne Farrell; and, on commission, the hockey star Bobby Hull, for the March 1, 1968 cover of Time magazine; Frank Sinatra, Liza Minnelli, and Sammy Davis Jr., in performance at the Royal Albert Hall, in London; Tom Seaver and Reggie Jackson, for the Baseball Hall of Fame; and Sylvester Stallone, in pictures--including one measuring 15 feet by 24 feet--for several of the actor's Rocky films. (Neiman appeared as himself in the films in cameo roles.) In 1995 he created 40-foot-high murals of the dancer-choreographer Tommy Tune for a New York City theatre.

Hundreds of works by Neiman appear in his nine books, which, in addition to Art and Life Style, are Horses (1979); LeRoy Neiman Posters (1980); Carnaval (1981); Winners (1983), which was published in Japanese in 1985; Monte Carlo Chase (1988); Big Time Golf (1992); LeRoy Neiman, An American in Paris (1994); and LeRoy Neiman On Safari (1997). Each year for the past quarter-century, he has created at least eight limited-edition serigraphs (silkscreen prints). Distributed by Knoedler Publishing, they are sold in selected galleries throughout the United States. According to an article in Manhattan (Winter 1995-96), the more than 150,000 Neiman prints that have been purchased to date "have an estimated market value exceeding $400 million."

By his own account, LeRoy Neiman works very hard, has no hobbies, and does not take vacations. He paints in a double-height studio in a landmark New York City building across the street from one of his favorite subjects--Central Park. In the same building he maintains an office; a penthouse pied-a-terre; and an apartment that he shares with his best friend--his wife, the former Janet Byrne, whom he married on June 22, 1957. His archives, which he is currently assembling for preservation at the Smithsonian Institution, in Washington, D.C., are also kept there. His signature black handlebar mustache and luxuriant slicked-back hair are now peppered with gray, and he is seldom photographed without his trademark prop, a long cigar. Described by Malcolm Lein as quiet and warm, for many years he cultivated a reputation as a flamboyant man-about-town. "I like being outrageous. . . ," he acknowledged to Pete Dexter for Esquire (July 1984). "I don't actually do anything, except be conspicuous. It keeps me revved up." In the New Yorker (February 5, 1979), he was quoted as saying, "My performance is part of my success."

A member of the New York City Advisory Commission for Cultural Affairs since 1995, Neiman has received four honorary degrees and, among other honors, an Award of Merit from the American Athletic Union (1976), a Gold Plate Award from the American Academy of Achievement (1977), and a Lifetime Achievement Award from the Muscular Dystrophy Association (1986). Through the years he has donated scores of his artworks to charitable organizations, and in 1995 he gave the School of the Arts at Columbia University, in New York City, a gift of a substantial amount to create the LeRoy Neiman Center for Print Studies. In 2008 LeRoy funded a new center in Harlem for children of the area to profit from art classes and after school activities called the Arts Horizons LeRoy Neiman Art Center. In 2009, LeRoy was awarded with both the first Honorary Professorship of the Arts at Columbia University and the prestigious Order of Lincoln at the Lincoln Bicentennial Convocation in Springfield, IL. 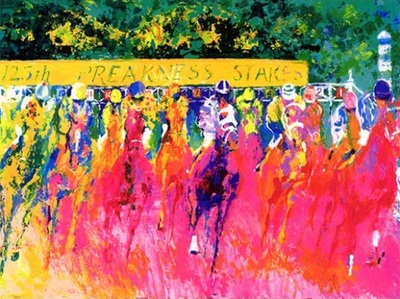 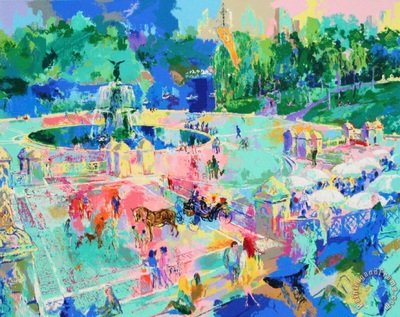 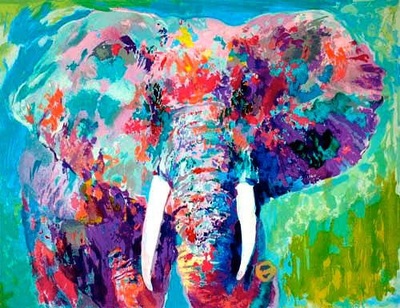 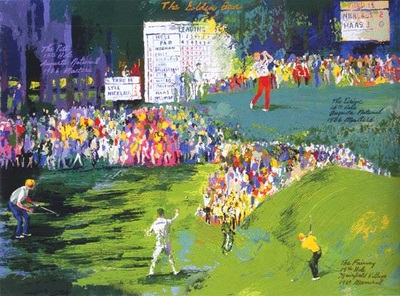 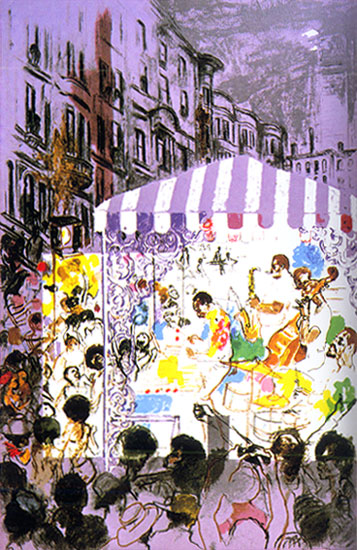 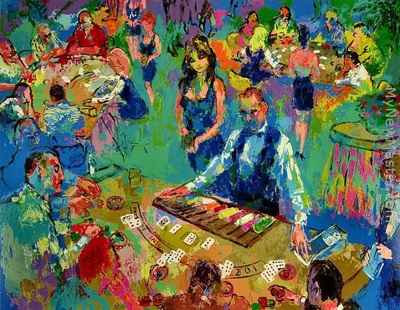 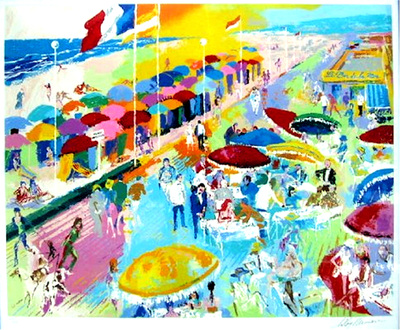