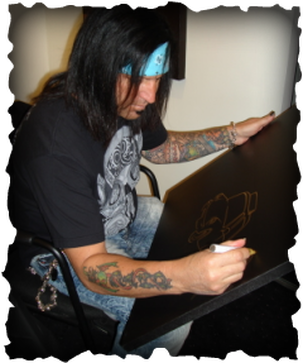 Michael Godard
Michael Godard is known as the explosive “Rockstar of the Art World” and global top selling artist!

His world of art invites us to see his lighthearted perspective, surrounding us with animated olives, grapes, and dancing strawberries. His unique portrayal of fun is an exciting combination of imagination and subtle humor, evoking the creative side in “Olive” us. He has redefined art as we know it and, of course, given it a punch line.

Godard's work is highly collected by young and old from all walks of life including movie stars, rock stars and private collectors. “We both love to see people respond to our art and it’s probably why we’ve been given a gift to create and entertain. Get ready to go crazy over the artwork of Michael Godard” -Ozzy Osbourne. Godard's imaginative world of art is seen by millions of people each month, worldwide through cruise lines, galleries, hotels, television, magazines and countless merchandising kiosks and stores. His paintings even adorn the walls of the Officer's Lounge in the Pentagon.

Michael Godard has dedicated himself to philanthropic causes through his art. “The funds I help raise save lives and at the end of the day, it’s the most important thing I do,” declares Godard. In 2006, his 16 yr. old daughter passed away after her battle with brain cancer. “All the money in the world can not bring her back, but the funds I help raise for a cure will help save another child,” said Godard.

Godard works very closely with St Jude’s, Make a Wish, Nevada Cancer Institute and The Sharon Osbourne Colon Cancer Foundation “You’re not only buying something that is a work of art but that money is going to save somebody’s life” -Sharon Osbourne.

His continuing effort has driven him far beyond the canvas, bringing him closer to his goal of raising money to help win the war against cancer. Current projects are in the works making this achievement happen.  Godard says, “The world is small – you can truly make an impact on everyone you meet.”

In early 2014, Michael Godard’s Vodka hit the top shelves of major liquor stores across the nation. Other projects include painting a grand piano as part of a permanent art collection, exclusive guitar designs for lead guitarist of Guns n’ Roses, Godard’s Rockin Olives and Monster Boogie are slot machines played in many countries throughout the world, book covers, album covers, sculptures for St. Jude’s, and art that hangs in the officers lounge in the Pentagon as well as every US Navy Aircraft Carrier.

He has appeared on numerous news programs and television shows which include A&E’s Criss Angel’s Mind Freak, the Biography Channel, CTV,MTV,HBO and featured on covers of magazines across the nation. A documentary on Godard's life has won numerous awards. His Book, "Don't Drink and Draw", the art and life of Michael Godard, received numerous awards including “Art Book of the Year”. Who knows what’s next? So sit back, relax, and enjoy an intoxicating look at the unique images of Michael Godard. 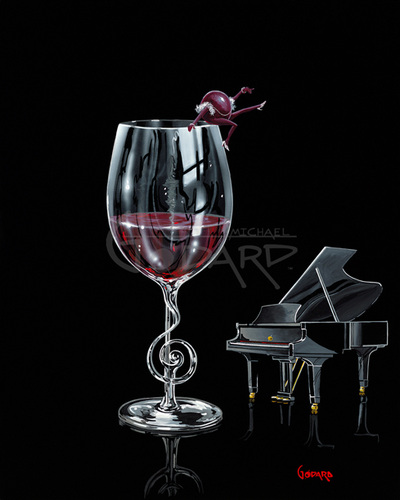 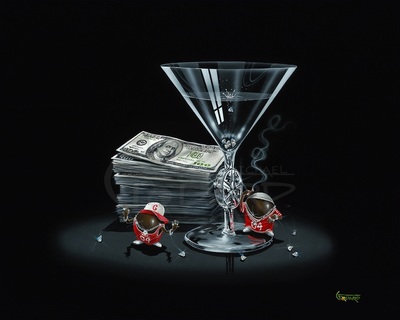 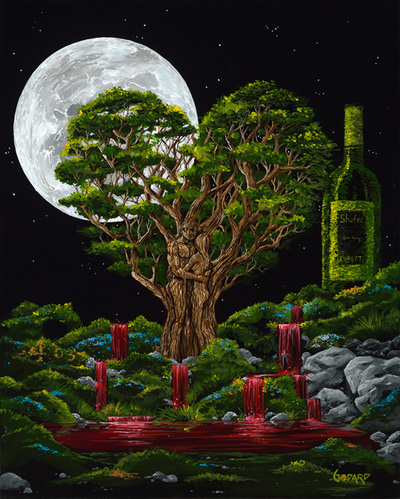 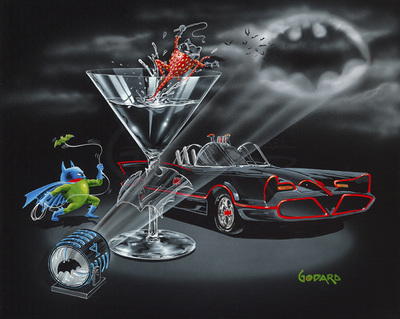 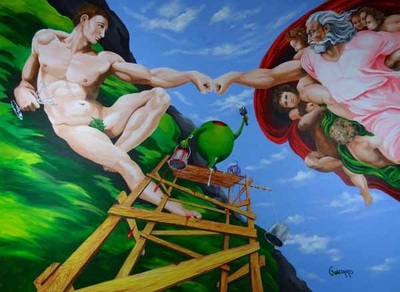 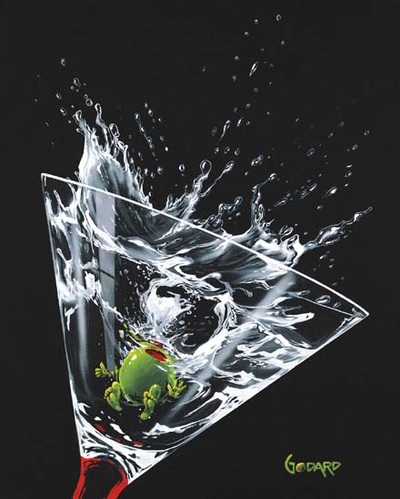 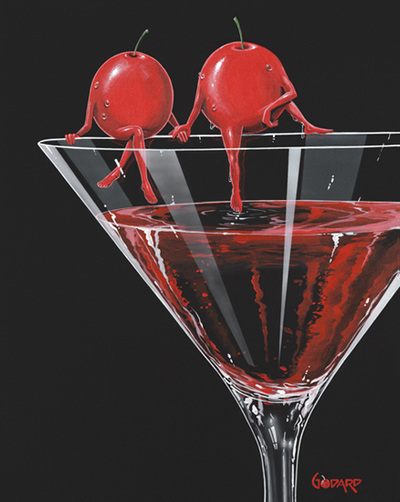 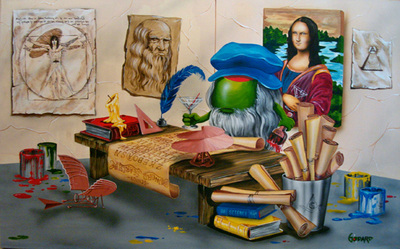 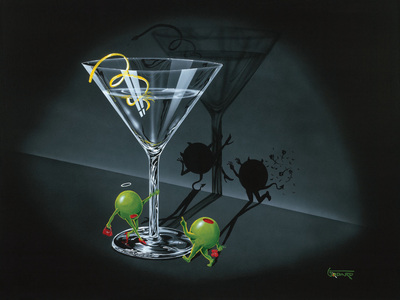 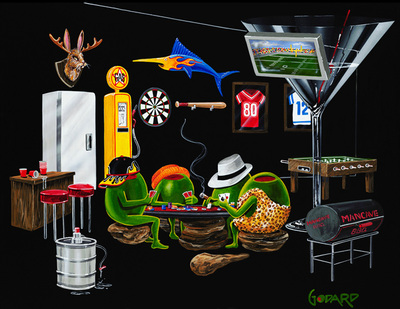 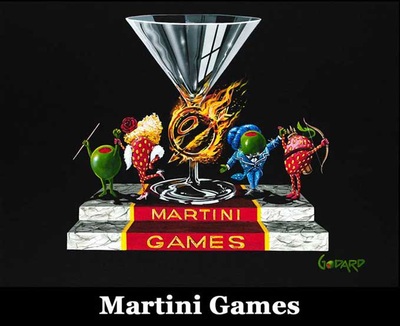 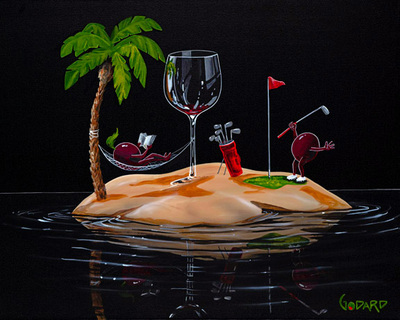 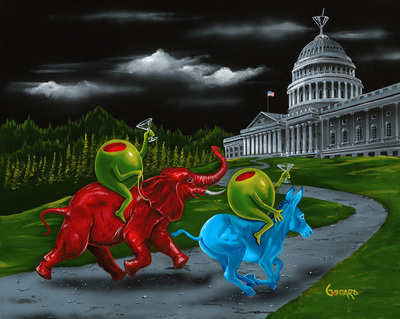 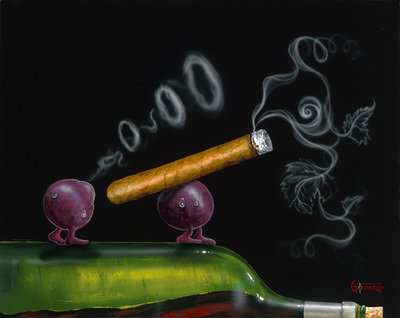 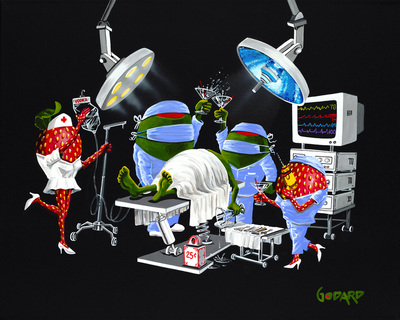 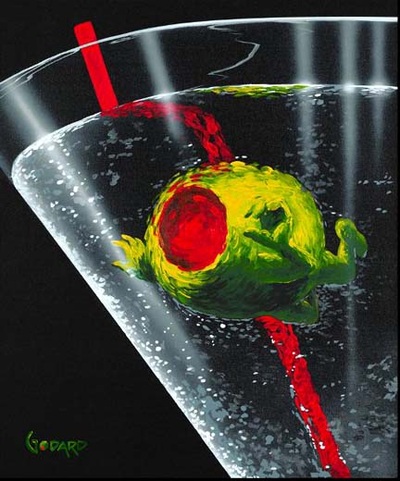