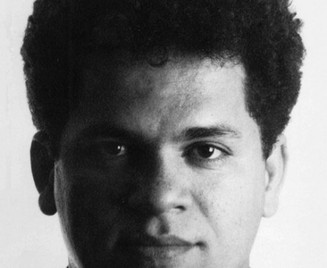 Romero Britto
Internationally renowned pop artist Romero Britto uses vibrant colors and bold patterns as a visual language of hope and happiness, reflecting his optimistic faith in the world around him. Born in Recife, Brazil in 1963, Britto lived an extremely modest lifestyle while growing up amongst eight brothers and sisters.  However, his innate creativity allowed Britto to fill his life with images of a bigger and more beautiful world beyond his own.  Self-taught at an early age, he painted what he saw and what he imagined on surfaces such as newspapers, cardboard or any scraps that he could find.  With an inordinate passion to excel, he prospered academically.  Still, Britto's artistic nature eventually led him to seek experiences outside the classroom.  In 1983, Britto traveled to Paris where he was introduced to the works of Matisse and Picasso.  After exhibiting in a few galleries and private shows, Britto was encouraged to travel to the United States where Pop Art was flourishing. Britto moved to Miami and set up a studio open to the public.  With an unshakable resolve and belief in his art, Britto spent the next few years exhibiting and attracting the attention of many.  In 1988, he was selected alongside Andy Warhol and Keith Haring for Absolut Vodka's "Absolut Art" campaign.  He combined influences from cubism with pop to create an iconic style that The New York Times described ?exudes warmth, optimism and love.?  His work has been exhibited in galleries and museums in over 100 countries, including the Salon de la Soci?t? Nationale des Beaux Arts exhibition at the Carrousel du Louvre in 2008 and 2010.  As well, in December 2013, Maria Elena and Carlos Slim Domit invited Britto to be the first living artist to exhibit at Museo Soumaya.  He has created public art installations for the 02 Dome (Berlin), John F. Kennedy Airport (New York), Cirque Du Soleil at Super Bowl XLI, and has been credited with the largest monumental sculpture in Hyde Park (London) history.  He served as an official artist for the 2010 World Cup and was recently appointed Ambassador to the 2014 FIFA World Cup Brazil.  Britto's pop sensibility has since leant itself to many collaborations with such brands as Audi, Bentley, Coca-Cola, Disney, Evian, Hublot, Mattel, and Technomarine to name a few. Romero Britto?s art appeals to all!

Romero Britto is an artistic activist for charitable organizations worldwide and most of all an artist who believes "art is too important not to share."  He serves as a benefactor, donating time, art and resources to over 250 charitable organizations and on several boards such as Best Buddies International, and St. Jude's Children's Research Hospital.  Britto was named an inaugural founding benefactor of the Harvard International Negotiation Program by Daniel Shapiro, a program that seeks peaceful resolution to modern conflict.  Not a silent advocate, Britto has been selected several times to be a speaker for the arts at the World Economic Forum in Davos, Switzerland. A firm believer in the role of an artist as an agent of positive change, Romero Britto is committed to developing and supporting the powerful role art plays in world issues. 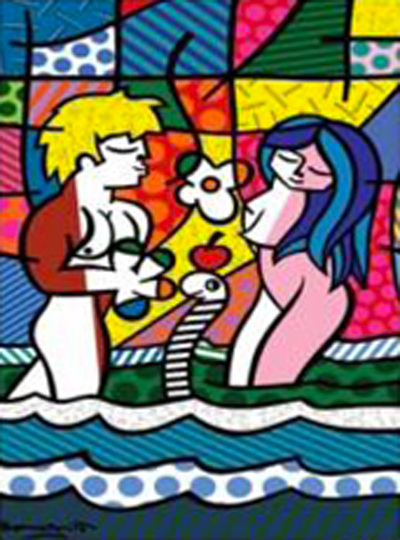 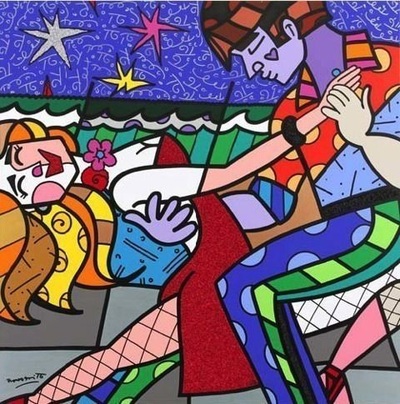 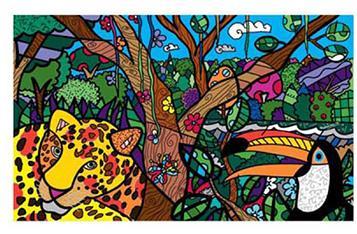 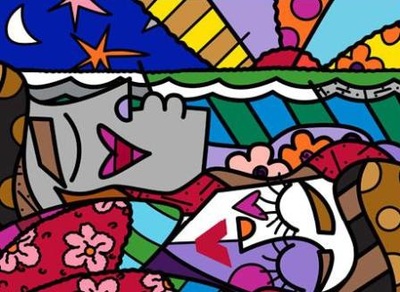 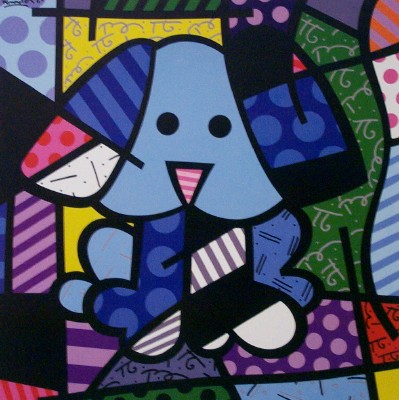 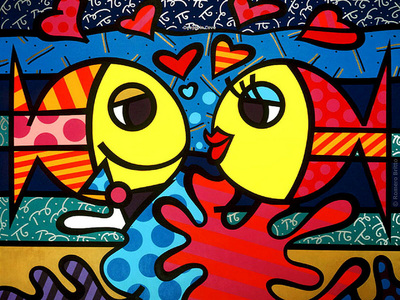 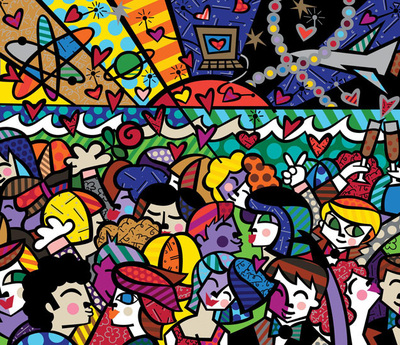 "Looking Into The Future" 14x14 Open Edition on Canvas 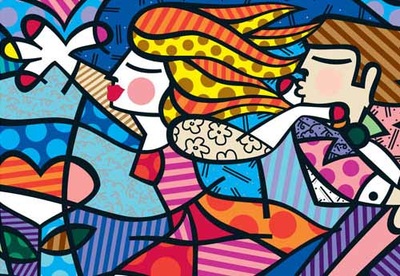 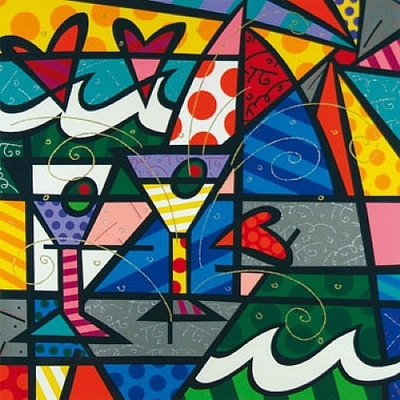 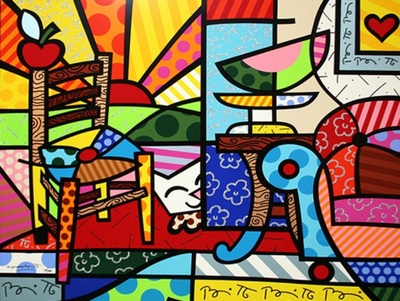 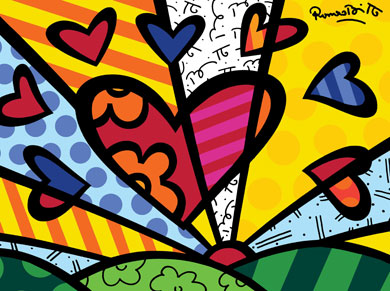 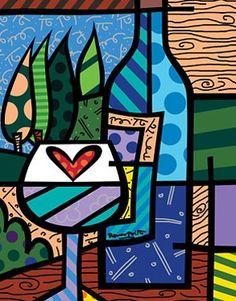 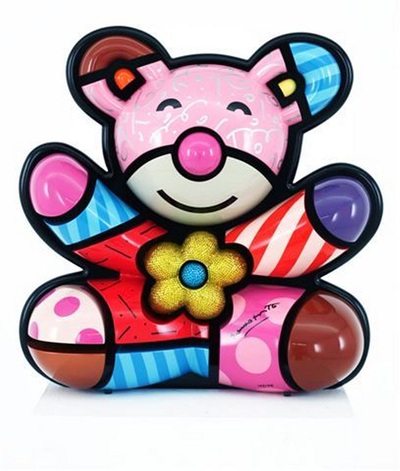 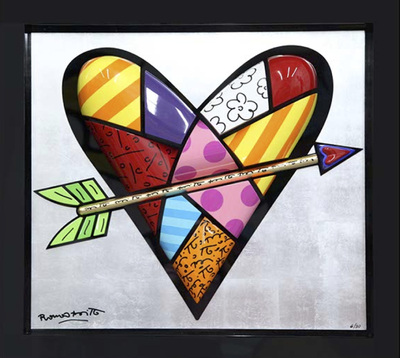 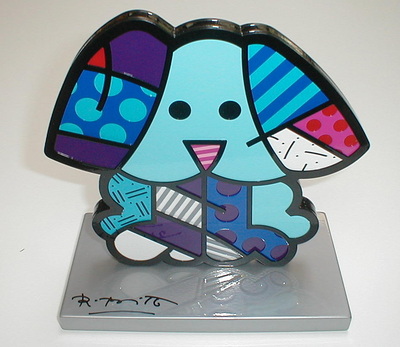 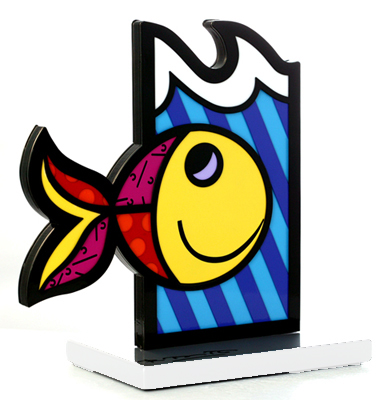 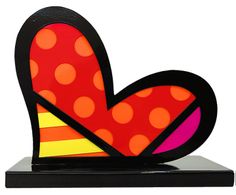 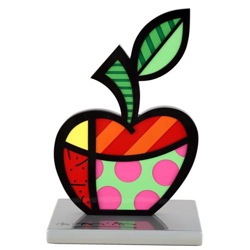 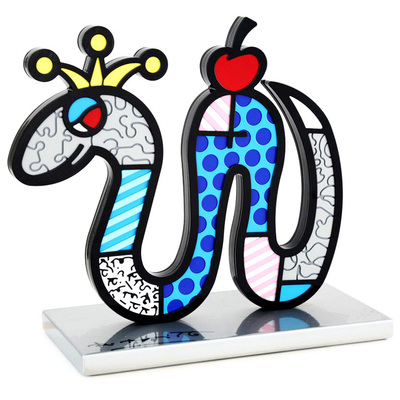